Endangered animals in Australia you should know about

Due to the increase in human civilization and urban development, many animals have been lost forever from the earth in recent decades. Incessant human negligence and actions not taken at the right time have led many animal species to perish permanently.

Australia is regarded as the hub of flora and fauna, and it has an incredible landscape that is the home for many species. But in the late few years, there has been a significant fall in many native Australian animals leading to a rise of endangered animals in Australia.

It was claimed that approximately 3 billion animals died in devastating Australia’s bushfires from June 2019 – to February 2020. Also, studies show that it destroyed a land area of over 28 million acres.

As recently listed by IUCN, International Union for the Conservation of Nature, 96 Australian animals fall in the category of critically endangered species. These are classified as :

Here’s a list of some of the critically endangered Australian animals, you should know about.

This tiny possum is said to be the rarest animal species on earth. It is the only mammal species to be found in subalpine regions of southeastern Australia.

The degradation, climate change, increase in earth temperature, fragmentation, and less number of these remnant species are among the major threats to the species’ survival.

Due to ski resort expansions and the development of roads, up to a third of the finest breeding habitat of mountain pygmy possum has been destroyed at Mount Buller itself.

Widely known as Rainbow or Painted finch, the Gouldian finch is considered to be one of the most beautiful birds. Their survival is mostly dependent on fire. They rely on controlled fires, which clear the undergrowth during the dry season and provide them with seeds to eat.

They like to live in places that have been already burned in the previous dry season during the wet season, resultant in new growth with a number of food seeds available for them to feed on.

Excessive grazing by feral animals and sudden fires are the main causes of their decline. In the early 1980s, these birds, because of their beauty were the main attraction for the local and international bird trade.

Critically endangered species, eastern curlew are migratory birds that reproduce in China and Russia and migrate to coastal areas in Australia. In Tasmania, coastal developments, human interference, hunting while migration, and lack of food availability because of increased pollution and degradation of coastal mudflats have become some reasons for their extinction.

Further actions are taken by the Australian government along with international flyway acts for conserving them.

Kangaroo island dunnart is a critically endangered species, restricted only to kangaroo island, south Australia. Before calamitous Australian bushfires, around 500 were estimated, and after fires, only 50 were left.

Habitat loss of agriculture and their already small populations made dunnart vulnerable to deadly fires like Australian bushfires. Introduced species such as feral cats, foxes, and almost 50% of loss of natural vegetation could be a significant cause for their extinction.

The orange-bellied parrot is claimed to be one of Australia’s most dangerously threatened species which is anticipated to perish in the coming two to five years.

It is one of the three little migratory parrot species on earth. Only about 50 adult parrots remain in the wild. They migrate from Tasmania to Victoria’s coastline and southern Australia to feed on saltmarsh vegetation during the winter season.

The primary reason for their decline in number is the loss of natural feeding habitat during winter, and wild animals predate the remnant coastal grounds. Other factors include urban development of coastal regions, disturbances in the fire management system, climate change, rise in sea level, global warming, and degradation in non-breeding areas.

The northern quoll is said to be the smallest of all Australian quoll species. They are found across the northern territory, from western Australia to the southeast Queensland coast.

Considered as carnivorous marsupials, they depend primarily on insects and generally on small mammals, invertebrates, frogs, reptiles, and fleshy fruits such as figs.

Their leading causes of reduction in Northern quolls are cane toads toxins that are found abundantly in the region, feral cats, brown snakes, and changed fire patterns. Currently, they have gone missing from many parts of their former range in savanna habitats. The approximate 95% of the Northern quoll population has been reduced in Australia.

Also known as black-footed rock wallabies, these endangered animals are found in many regions of Western Australia, South Australia, and northern territory. Natural habitat destruction disturbed fire patterns, and the emergence of feral animals and foxes are considered to be a threat to their survival.

They can live in rugged cliffs, rocky mountains, caves, and rock piles. They live in small isolated groups. An average of 200 to 300 are left in western Australia are considered extinct in the near future.

This single species of frog to be found only in the drylands of Perth, Western Australia, has been considered critically endangered.

Loss of natural habitats, clearance of land areas, illegal marijuana crops, adding chemicals and fertilizers for agriculture crops, excessive grazing and lowering of groundwater, and pollution are all factors for the decline.

Falls in the category of Australian endangered animals, this fish is highly demanded in the Japanese sashimi market. The biggest threat to the tuna is the overfishing that occurred immensely after industrialization in the fishery in the 1950s and a low number of breeding adults fund in the species.

It is a crayfish that is in danger due to the competition with other crayfish that are found in Margaret River. This area is also a famous tourist location and is used for wine plantations.

Smooth marron is the third-largest crayfish globally, which is the biggest threat for burrowing crayfish. The biological differences between the two marrons are creating trouble for the same.

Tasmanian tiger, the Tasmanian wolf or marsupial wolf, is officially declared extinct by IUCN in early 1982. It is one of the recent extinct Australian animals. They used to feed upon other marsupials, kangaroo, small rodents, and sheep. The main reason for their extinction could be competition with the rivalry Dingo, the Australian wild dog, and excessive hunting by human beings.

Named after Australian island Tasmania, its only native habitat, the Tasmanian devil is considered to be the largest carnivorous marsupial in the world for over 80 years. Due to the emergence of Dingo, these Australian animals became extinct in 2008.

Also, they have been hit by a contagious facial tumor cancer or disease, called DFTD (devil facial tumor disease), which prevented them to eat, leading to their death through starvation. Since then, Australian wildlife officials paid heed and shifted 30 healthy Australian animals to the wildlife reserve in New South Wales.

Under the Environment Protection and Biodiversity Conservation Act 1999, the Southern cassowary is registered as endangered species (EPBC Act). The conservation status is vulnerable caused due to habitat loss and increasing development, car strikes on roads, domestic dogs’ attacks, and natural disasters.

It is also said keystone species for its crucial roleplay in maintaining ecological balance. Scientists estimate that only 1500 to 2000 species are left in North Queensland, Australia.

What is EPBC Act?

It stands for Environment Protection and Biodiversity Conversation Act of 1999, is the Australian government environment’s legal framework to protect and conserve plant and animal species, ecosystems, and habitats. Its main objective is to seek decisions to protect and save the environment.

There is a massive habitat loss and destruction by the worst bushfires, which have negatively impacted the integrated population of Australian capital territory, New South Wales, and North Queensland, ruining almost one-third of the east coast population. In addition, kangaroo island fires hit worst to the koala animal species.

A shift in status from vulnerable to endangered animals and to critically endangered Australian animals shows us the deteriorating conditions of Australian biodiversity.

To protect our beautiful ecosystem and biodiversity, we have to adopt the ideology of co-existence, keeping in my that the animal world also needs a safe place as humans do.

Also check out, 7 places to visit in Springbrook national park. 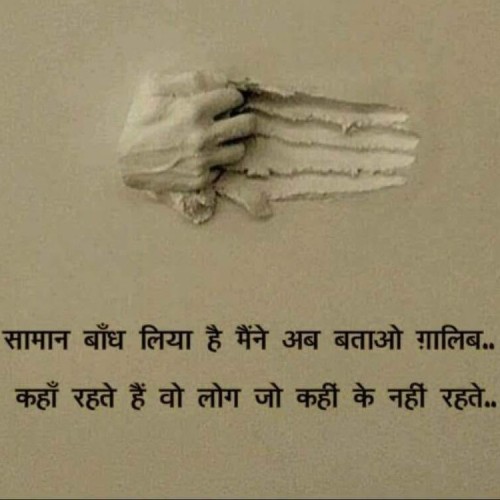