4 Most Heavenly And Tallest Mountains In Australia

Ever wondered what’s the tallest mountain in Australia? If yes is your answer, you are at the right place.

Let’s Understand In Detail The Tallest Mountains In Australia

Known for its natural wonders, spacious beaches, unique animal species, and deserts, Australia is one of the world’s most highly developed and urbanized countries. Being many people’s favorite destination for spending holidays, Australia has always provided tourists with the best experience of nature and comfort.

Surrounded by water from all sides, Australia also stands out in the eyes of tourists for its mountains. Mountains, as everyone knows, are widely preferred by adventure lovers across the world to create memories of a lifetime.

One of the most peculiar things about Australia is its interesting English accent. Nonetheless, the beauty of this country attracts people from all over the world.

It is located at Snowy Mountains in the state of New South Wales, the South-Eastern part of Australia. The 7,310 feet high mountain is at times recognized as one of the Seven Summits, which are the highest mountain peaks in each continent.

Mount Kosciuszko is not taller than Mawson Peak which stands at 2745 meters. Although Mawson Peak is located at Heard Island owned by Australia, but geographically a part of Sub-Antarctica. Thus making Mt Kosciuszko the tallest mountain in Australia.

Mt Kosciuszko was named by a traveler from Poland, Paul Strzelecki. He named it after a Polish political hero Tadeusz Kosciuszko, who was a skillful engineer with prime military education.

This is a place where you can go for snow sports, walks, mountain biking, and climbing. There are also multiple caves to explore in and around the park. The Kosciuszko National Park is home to the tallest mountains in Australia and a Snowy River in the Snowy Mountains.

This park in New South Wales is the region’s biggest and is known for providing the most exquisite views in the whole of Australia.

Adventurous people willing to climb the tallest mountains in Australia must keep in mind that it takes a minimum of 6-7 hours in exploring the highest peak in the Snowy Mountains region.

There are mainly two options to reach the highest point of Mount Kosciuszko, namely, Thredbo and Charlotte Pass. Both options offer an epic view of the Kosciuszko National Park.

Thredbo offers you to take a wonderful ride on the Kosciuszko Express Chairlift, which with the return is 13 km and 4-5 hours of joy. It includes a popular day walk with the track winds above Lake Cootapatamba, the highest lake in Australia.

Yes, you read that right. This lake is located at a height of 2048 meters and approximately 800 meters south of the summit of Mount Kosciuszko.

The other summit walk departs from Charlotte pass, which is some 18.6 km return with 6-8 hours of fun. The passionate mountain bikers need to leave their bikes at the stands of Rawson Pass and walk 1.4 km to the summit.

The ideal time for both walks is from December to March when the alpine wildflowers bloom. However, it is highly suggested to prepare for safety and comfort at all times. Skilled hikers can take the challenging, yet exciting Main Range walks, which wind past Blue Lake.

The second highest mountain in the country is Mount Townsend. The elevation of this mount is 2209 meters. Located in the Snowy Mountains in the Great Dividing range in Mainland Australia, Mt Townsend is just 63 feet shorter than the tallest mountain in Australia, Mount Kosciuszko.

The two mountains, Mount Kosciuszko and Townsend mount had their names swapped back in the time. This was because conclusive research found out that the original Kosciuszko was somewhat shorter than Mt Townsend.

So, to avoid much confusion, it was decided by the New South Wales department to keep the tallest mountain named Kosciuszko by just interchanging the names of the two tallest mountains in Australia.

The third highest mountain in Australia is Mount Twynam. It is also located in the Great Dividing Range of the Snowy Mountains in New South Wales.

This mount on Australia’s mainland has an elevation of 7,201 feet. It is situated around five miles northeast of the highest mountain, Mount Kosciuszko.

One of the tallest mountains in Australia, Mount Twynam is a rarely climbed one. Its peak provides a promising view of the Western Falls and the Blue Lake Cirque. Blue Lake is also a great tourist spot for the local communities.

The fourth highest mountain in the country is Mount Rams Head, which is also located in the Snowy Mountains region of New South Wales. Mount Rams Head stands at 7,185 feet above sea level. And it is an attraction for tourists in every season, be it winter, summer or any season.

The Rams Head Range is a snowy section that widens from the Monaro Region (NSW) to the Alpine Region (Victoria) across the Black-Allen Line. The actual number of peaks in this range is open to debate but is usually accepted that the known peaks are North Rams Head, South Rams Head, and Rams Head.

Nevertheless, Mount Rams Head is one of the most incredible and tallest mountains in Australia.

Heard Island is an active volcano that last erupted in 2016. The volcano itself has climbed three times and due to that, the elevation of this Mt seems to have increased.

Due to the incidents in the past, Heard Island in Australia is said to be a mysterious one full of fire and ice. It is considered amongst the external territories.

While Mt McClintock in the eastern region stands tall at 3490 metres, Mount Menzies in the western sector has the highest elevation of 3355 metres. But it is widely accepted by the world that these are located on an external Australian territory.

There is another beautiful peak just opposite Mount Townsend, known as Abbott Peak. Abbott Peak has an elevation of 2145 metres and its scenic beauty is seen across all seasons. If we take a look at the history, we would come to know that there had been a cartographical mistake in the past in Victorian maps.

The cartographical mistake where Mt Kosciuszko was shown at the position of Mount Townsend. Further editions of the map continued to show its original location. However, it has been communicated that the NSW lands department or NSW Maps did not commit this mistake.

There is one more hills area we would like to bring up. The Victorian Alps is a huge mountainous system located in the South-Eastern state of Victoria, on the borders of New South Wales. Victorian Alps was a rendezvous point for multiple tribes from South-East Australia where several issues would be heard and discussed.

Speaking of mountain peaks on the Island, Carstensz Pyramid or Puncak Jaya is the highest mountain on an island in New Guinea but located in Papua Province, Indonesia.

In addition to the tallest mountains in Australia, would you also like to know about the 6 Euphoric and Biggest Cities in Australia?

In conclusion, it can be said that Australia is a country with beautiful hills and stunning mountainous areas. World’s some of the most heavenly mountains with scenic views are found in this country.

Mountain lovers seeking to enjoy their vacation and going on a break should seriously consider paying a visit to the tallest mountains in Australia. This country has got nothing but extreme beauty in its nature. The kind of beauty that aims at rejuvenating your soul.

And above all, one must see to it that no level of safety is compromised for the sake of entertainment. Walk, climb, take wonderful photos of the tallest mountains in Australia and do whatever makes you happy but take utmost care of yourself and your loved ones at all times.

The tallest mountains in Australia will be looking forward to hosting you. Check out these posts about Things to do in Cairns and Great Ocean Road. 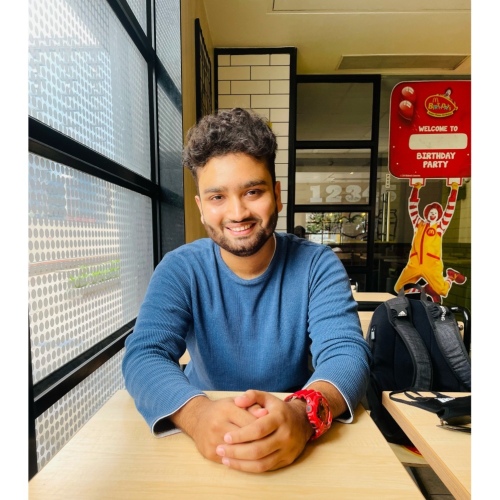