Keen to know some interesting facts about koalas? Stay and read till the end and all your queries would be answered.

Koalas or the widely known koala bears are marsupials native to Australia. Koalas are mostly found in eucalyptus forests in Australia. The scientifical name given to them is Phascolarctos cinereus. As they belong to the phascolarctidae family.

There are many amazing facts about koalas. Some of the facts about koalas are mentioned below for your knowledge. Koalas have well-developed senses and inborn senses regarding things around them. Koalas aren’t bears or kangaroos.

They are herbivorous marsupial mammals while bears are omnivorous placental mammals. They are found in coastal areas of the mainland southeastern and eastern Australia, inhabiting mostly Queensland, New South Wales, Victoria, and South Australia.

These cute, baby animals are easily recognized by their tailless body, round fluffy body, big black button nose, and big furry ears. Mostly seen in their grey furs, but in reality, ranges from silver grey to chocolate brown. The koala weighs between 4-15 kg (9-33 lb). The male koala is referred to as a ‘buck’ and a female koala is known as a ‘doe’.

Northern Koalas are typically smaller and lighter in color than their fellow species in the south. They are asocial animals and usually like to stay among their family itself.

More interesting facts about Koalas are that their habitat is mostly located in Eucalyptus trees. The koalas’ diet consists of eucalyptus leaf. As the eucalyptus leaves have the perfect amount of nutritional and caloric content for these sedentary lifestyle animals.

Now let’s find out some interesting facts about koalas. These animals are the cutest, most silly, entertaining, and most loved animals you would find in the world.

Koalas have 5 fingers on each front paw, two of which are opposed to the others, much like us humans their thumbs are also able to move differently from the fingers. This helps them have a good grip on the trees, as that is their natural habitat. They need to grip firmly onto the branches and grip their food. Their hind paws’ second and third digits are fused to form a grooming claw.

One more interesting koala fact is that koalas have fingerprints. They are the only animals other than anthropoids that have them. Each one of them has a unique fingerprint and also has a unique pattern to them. They also have unique patterns or designs on their noses, which wildlife biologists usually use to identify and track them.

They have opposable thumbs, unlike most mammals. They have two opposable thumbs. This helps them have a better gripping ability. Their paws are bear-like but they mostly are designed for climbing trees than attacking other koalas or animals.

Koalas have strong arms, powerful legs, and sharp claws needed for climbing trees. As koalas live on trees most of the time. However, they do climb down and walk on the ground to move between different trees.

2. Baby koalas are the cutest

Baby koala mostly stays with their families as they’re very attached to their family, especially their mothers and offsprings. Baby koala has a habit of hugging their caregivers when they fall or get hurt.

Baby koalas aren’t huge in size when they’re born. They’re just the size of our palms and need to be taken care of fr their moms. Therefore they spend their early childhood in the pockets of their moms Or being playful around them.

An adult koala eats between 200 to 500 grams of eucalyptus leaves each day. Baby koalas are known as joeys- in fact, all baby marsupials are called joeys- sugar glider joeys, etc. these baby koalas stay in their mothers’ pouch for almost six to seven months of their lives.

They need the physical warmth of someone to reassure them. As they have been sheltered their whole life, they aren’t comfortable with new people. They crave familiarity.

Koalas are very fussy eaters. They mostly depend on eucalyptus trees’ leaves. It is a splendid fact as eucalyptus leaf is poisonous to most animals. Koalas have a special fiber digesting organ, called caecum, which helps them to detoxify the chemicals in the leaves.

The diet of koalas is mostly eucalyptus leaf, lophostemon, melaleuca, and corymbia species (such as brush box, paperbark, and bloodwood trees).

But even they can be picky eaters as koalas eat less than 50 eucalypt species out of the 700 known. They would even often choose the leaves at the top of the tallest trees that contain more liquid and nutrients.

Therefore the koala habitat needs to be taken under due consideration as they are the most important for the koala bears to survive. Individual koalas usually have one to three specific eucalyptus species that they will eat regularly, and preserve others for special occasions or occasional snacks or resting spots.

The word koala is thought to be meant “no drink” or something which means to not drink. This was originated by Aboriginal people, who are believed to coexist with the koala bear for thousands of years.

And it is also scientifically proven that koalas don’t need to drink much water as their diet already contains juicy eucalyptus leaves. Koalas have been seen drinking water from creeks and water holes in captivity, and wild koalas may also come and accept water from humans during drought or after a forest fire.

But such behavior has been considered unusual and mostly means that the koala is disease-stricken or stressed. Some reports state that koalas in the wild drink from waterholes in summer when the temperature rises above 40 degrees celsius.

Drinking from free-standing water or licking trees may be considered natural behavior. The lack of natural water may be detrimental to the koala populations as it would affect their abilities to access free water.

Koalas are capable of sleeping up to 20 hours a day. It is mostly due to their low-energy diet of Eucalyptus leaves. They also need an intense amount of energy to break down the toxic oils present in the eucalyptus leaves.

Koalas are mostly nocturnal animals and are hence most active at night and around dusk and dawn. They may be seen moving in the day as well if the conditions around them aren’t satisfactory.

They also do this to conserve energy. They use all the extra time for digesting their food and dozing off. There are common-known facts about koalas that due to their well-known features and their ability to sleep for as long as 20 hours a day, koalas are considered a symbol of Australia worldwide. Don’t you too wish to be a koala for some time?

Each Koala’s home is made up of several trees and is hence called “Home Trees”. They frequently visit these same trees regularly. The area which is covered by these trees is called the Koala’s Home Range.

Koalas are reclusive animals living within a network of overlapping home ranges, which allows contact between the male and female koalas for mating. Males will try and establish dominance over the home ranges of several female koalas during the mating season.

This home range varies from southern and central Queensland varying in size from 1km to 135 km, depending on the koala population and the abundance of suitable eucalyptus or food trees around.

These home ranges are a safe place for koalas. But sometimes the male koalas may fight other koalas to establish their rule.

The Koalas have already established their territory and don’t let anyone enter it without putting up a good fight. Therefore one should be careful while crossing paths with the koalas.

Some facts about koalas are that they mostly smell like eucalyptus leaves. More mature males tend to have a muskier, stronger smell, while females and adolescent males give off a slight eucalyptus smell. It in turn works as a natural insect repellent.

A mature male has a dark scent gland in the center of his white chest which excludes a dark, sticky substance. He then rubs this substance on the trees to mark his territory and let other koalas about the same.

These marsupials have a unique scent according to their age, size, habitat, etc.

As koalas stay on the branches of the trees they would have very sore bottoms. That’s why they have strong cartilage at the end of their curved spine. Which in turn helps them to be comfortable in their habitat.

Due to this extra cushion, they can happily make the eucalyptus forest their home range. This also helps them when they tumble down or fall from the trees while playing around or while climbing down.

These extra lush butts help them cushion their fall and makes sure that they aren’t hurt severely.

9. Koala habitats have been decreasing

Most koalas have nowhere to go when their natural habitat is being destroyed by deforestation and by mindless cutting of trees and forests. Only in the last two to three years, tree-cutting has tripled in South Australia and Western Australia.

With the constant decline in the number of trees, even the koala numbers have been decreased. Koalas now spend more time on the grounds in search of food and shelter. And in turn, being victims of car accidents, being attacked by other animals, and getting ill due to stress-induced diseases like chlamydia.

Almost 80% of their natural habitat has been demolished due to human homes, bushfires, and droughts. Australia has recently had one of the highest land clearing rates in the world. These all have made it difficult for the Koalas to reproduce or to live a longer life.

10. Koalas are slowly diminishing at an alarming rate

Koalas have been decreasing ever since the demolishing of forests started in early 2010. Even though they are under the government protection act, they still live on privately owned lands. And due to Australia’s massive bushfires had further dwindled the numbers. Nearly 3 billion animals found in the world perished.

The number of koalas dying due to car accidents and being attacked by other animals, especially dogs has increased in recent years. The Australian Koala Foundation establishes that nearly 4000 koalas die due to this.

The increase of diseases in koalas is also a major concern. As the koalas are lonely animals from the start they can’t fathom the thought of being separated from their family. They like to stay with their closest relative. There are less than 100,000 koalas alive today.

The national geographic experts should look into this matter and ensure that appropriate steps are taken and laws are made for the same. The conservation status should be monitored regularly.

The good news is that they can be restored if taken care of properly. The Australian government should look into this matter seriously and take the necessary steps to save them.

In February 2022, the koalas are officially listed as endangered species in the Australian Capital Territory, New South Wales, and Queensland koalas. Koala populations have been decreasing since early 2010. Even koala habitat loss has come across as being a big concern for the Australian government.

The International Union for Conservation of Nature now lists koalas as a vulnerable species. The most known cause of their near extinction is habitat destruction caused by agriculture, urbanization, droughts, and recent bushfires, some due to climate change.

There are many steps that can be taken to save koalas from being added to extinct animals. We can still bring back the population of koalas to a good number.

Linked below is another one of our articles please make sure to have a read of that as well. 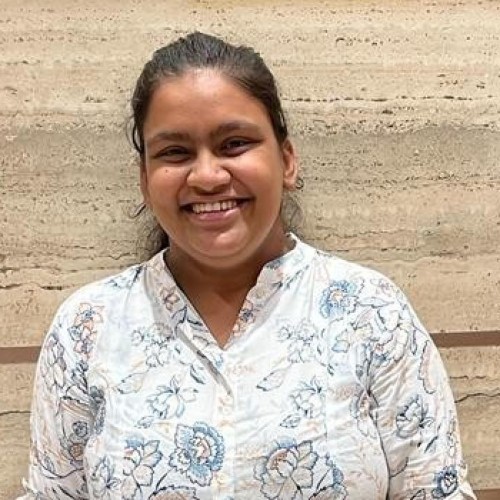