Hervey Bay Qld: 13 Things To See And Do At Hervey Bay

Hervey Bay, a line of beachside towns, is set on the shoreline of Queensland’s Fraser Coast Region and takes almost a four-hour ride from northern Brisbane.  The city is home to many old and retired people and has a population of approximately 50,000. Hervey Bay Qld is open to the Coral Sea between Fraser Island and mainland Queensland.

Hervey Bay’s major and local economy depends on the city’s tourism. It is a central place for whale watching that contributes to the maximum economy of the town, apart from whale watching in Platypus Bay, recreational boating and fishing, north-facing calm beaches, and ferry services to Fraser Island.

Hervey Bay Qld is the First Whale Heritage Site on earth. The World Cetacean Alliance named it in 2019. Hervey Bay Qld promises to have sustainable and maintainable dolphin and humpback whale watching.

The language spoken by the Fraser Coast region is K’gari and Butchulla. The traditional inhabitants of Hervey Bay Qld are the Batjala people and the Kabi Kabi people. In 1770, James Cook made the first recorded European sighting while conducting a running review of the Australian east coast. Captain James Cook named Hervey’s Bay after Augustus John Hervey.

However, in mid-1980, a rail link ran from the main North Coast line and went through Nikenbah, Takura, Walligan, and then on to Urangan and Pialba. The bar served as important merchandise for the sugar cane industry.

Hervey Bay Qld was legitimately known as the “City of Hervey Bay” in 1984. The city was popular for its huge tourism, industry, business, and population growth. However, the city was still considered a small seaside village by most of the residents and locals.

Seventy-five per cent of Hervey Bay’s population was born in Australia. The next common inhabitants were New Zealand, Germany, England, the Philippines, and Scotland. There were also people from Aboriginal and Torres Strait Islanders. Additionally, languages like French, Mandarin, Dutch, German and Italian were spoken in the city. The common religion practised was no religion, Catholic and Anglican.

How To Travel To Hervey Bay Qld

A car ride of 3-4 hours north to the Sunshine Coast will take you to Hervey Bay, Qld. It will take almost 4 to 5 hours from Brisbane to reach Hervey Bay. Reach the town of Gympie by taking the Bruce Highway and then take the road to Maryborough to get to Hervey Bay Qld.

A train service runs to Pialba and Urangan that connects Brisbane to Rockhampton. In addition, there are also bus services available that stop in Hervey Bay, running north of Brisbane.

Things To See And Do At Hervey Bay

You can swim in the calm waters of Hervey Bay and cycle along the shore. Check out the best things that you and your family can enjoy doing at Hervery Bay.

Hervey Bay is home to Antarctic humpback whales that migrate north yearly. The whales stay for a while at Hervey Bay to rest and play from August to October, thus making the area a perfect place for whale watching. However, many sites in Queensland and New South offer beautiful whale-watching sights.

There are opportunities for various types of fishing at Hervey Bay Qld. This includes rock, beach, deep sea, and continental shelf fishing. The fishes range in different sizes, including marlin and garfish.

Torquay Bach is ideal if you want to spend a family day at the beach. The beach offers a great site for water sports and swimming because of its sandy soil and flatness. There are shops and eateries across the road, along with parklands. You can enjoy a fun family picnic or go cycling. The place also serves as a good place for swimming.

The Urangan Pier area is the core of Hervey Bay. The historic pier’s construction began in 1913 and served as a transportation cargo between the deep water ships and the railway line. The place is famous for fishing and offers great picturesque views and covered areas for BBQs and picnics.

Across the road is a popular ice cream shop called Sundaes and the famous Migaloo’s Cafe. In the afternoon, you can also get to watch kite surfers if the breeze gets up.

A short walk from the Urangan beach is the Hervey Bay Botanic gardens. The garden displays a wide range of plants from across the region in various sections, from edible bush tucker gardens to manicured park grounds, along with a beautiful fountain, garden roads and a house of orchids. The botanic gardens are also home to various species of wildlife and birds. This is an ideal place to relax and have a good time.

Just north of Hervey Bay Qld is the Arkarra Lagoon and wetland area at Dundowran Beach. Apart from the beautiful beach, the lagoons offer a great place to walk around. The lagoon has numerous birds and wildlife and gives locals a good spot to enjoy picnics.

The Wetside Water Park is a fun place for kids and children and is a great water play area. The park is free to use. There is also a pleasant cafe across the water park. The water slide rides are available at a reasonable price of 5 to 10 Australian dollars.

The weekend markets are held every week on Wednesday and Saturday in the park adjacent to the Urangan Pier. The Wednesday market mainly emphasizes selling clothes and crafts. However, the Saturday market has options for freshly produced goods that include mushrooms, vegetables, olives, fruits, and honey.

Picnic shelters are arranged in the nearby park with live entertainment for the locals and tourists. Several stalls sell leatherware, woodworking, pens, candles, and clothing. In addition, there are food trailers that sell drinks and snack eatables.

The Coopers Boardwalk was first opened in the year 2015. The shaded walk initiates from Torquay’s Neilson Parkland and runs through the beaches and trees. The walkway was named after a six-year-old local boy named Cooper Christensen, who unfortunately died of brain cancer.

For the best fish and chips in town, visit Maddigans on the Esplanade, located directly opposite Neilsons Park.

A one-and-a-half-hour drive from Hervey Bay Qld is Bundaberg. Bundaberg is a major attraction for all the foodies and serves a few of the best dishes from various seasons. There are several things to do at Bundaberg, from turtle watching to snorkelling at Barolin Rocks. You can also visit Bundaberg rum distillery to taste some of the finest rums in the region.

Visiting Hervey Bay Qld during community celebrations and yearly festivals and an amazing idea. Some popular festivals are Blessing of the Fleet, held in July, and Hervey Bay Seafood Festival, which is held in August.

In July, the whale tours start, and the Blessing of the Fleet celebrations include live music, market stalls, drinks vendors, sail-by boats, and a fireworks display.

The Seafood Festival is an event celebrating regional wines and beers along with local Wide Bay seafood and amazing music.

The Lady Elliot Eco resort is situated on a coral cay near the Great Barrier Reef. Tourists can spot turtles throughout the year on the reef, migrating whales, and different species of marine life. Seaplanes are available daily from Hervey Bay Qld to Lady Elliot Island.

Nala is a 22-ton whale sculpture created by the artist named Ross Bradbury. The Nala sculpture represents a female whale who visited Hervey Bay in 1992 for the first time with her new baby, Simba. The statue is made from stainless steel and Ironbark and is an important and popular symbol of Hervey Bay Qld.

Hervey Bay Qld was once a calm and quiet village. Now it’s a lively city with current projects, amazing restaurants, and a great tourist spot. There are also a variety of good hotels and resorts to stay in Hervey Bay Qld. We hope now you have some idea about this place’s best spots.

Additionally, there is a varied range of campgrounds near the Hervey Bay waterfront. Visit Hervey Bay with your friends and families and have a gala time in the adventurous and beautiful city. 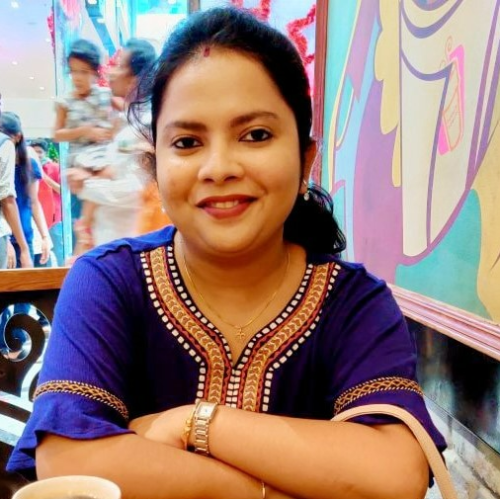