Australian TalesTales Down Under
HomeHealth
Health

Abortion In Australia: Is It Legal?

In today’s time, maternal health has always been an essential aspect of women’s lives, and we overlook it in many ways. The core dynamic role of resources, health benefits, and the privatization of Hospitals has led to devastating effects on poor, marginalized communities. And the foremost outlook of any maternal health drives us to the question of abortion laws and regulations, which take us to gender sensitization and gender rights. When we take glimpses of abortion in Australia, we encounter various dialects of states and territories in highlighting abortion laws.

The decriminalization of abortion led to specific qualifications which fell under Pregnancy Bill.

In Queensland, a registered health practitioner can raise objections regarding the procedure, the objective complaint is towards the woman looking to get an abortion.

After that, she is then referred to another medical doctor or any other procedure which offers the service needed to be given where there is no objection to performing the abortion.

The laws regarding this procedure in WA implements decriminalized abortion is done within 20 week period of pregnancy. Limitation on abortions for a pregnant woman in Western Australia is similar and requires the woman to be no less than 16 years old.

Generally, abortions in Western Australia are highlighted- in the Act of 1911.

In Western Australia, this code will let a woman to go through an abortion under these circumstances:

Here in South Australia, the practice of abortion is in every sense legal in its way with varied perspectives. South Australia is the first Australian State to provide access to abortion utilizing legislation.

Abortion in this state is lawfully practiced when :

A medical performer may refuse to practice an abortion on the grounds of certain rules if there is no need for an emergency to protect the woman’s life in that worse condition.

Click here to learn about the Australian House of Representatives

Criminal Laws Affect Every Woman Out There.

In Australia, termination services of abortion vary and differ in their functions and operations from Western Australia to South Australia. The health procedures, the criminal law 1969 which states that abortion can be done- with these procedures :

The Shift of Abortion In Australia: Change In Criminal Code To Health Law Service.

After passing the Termination of pregnancy bill, it decriminalized abortion in Australia, and initiated health law.

Southern Australian Capital Wins It All.

Anyone could go for abortions at their own selected hospitals and clinics from this bill. It came as a relief for many women residing in the Southern areas of Australia. It also minimized the residential hurdles in large numbers and created flexible choices and accountability.

Now, the southern Australian women didn’t require residents for two months or more than two months. It provided them with a self-approach toward their abortion in a secure way. The availability of flexible medical care institutions idealized their natural mother outlook and nurtured the unborn child to new dimensions in their tracks.

Variation Of laws In Western Australia and the Northern Territory

In Western Australia, the dialects of procedures regarding medical accountability and their practices are different from the southern Australian capital territory. Hereafter, 20 weeks of pregnancy advisory center advise the patients to go for abortions. Two doctors from six-panel discussions follow the proceedings further depending on the patient and unborn child with a specific medical condition. It creates a string of limitations in a certain way.

Whereas in the Northern Territory of Australia, abortions after almost 24 weeks of pregnancy are allowed to proceed further. Many women suffer and lose their lives by having delayed medical care and support. And it conveys major drawbacks to poor low-income people who reside in the northern territory for their daily lives as Northern Territory is known for its costly reforms.

As a whole, women still suffer from abortion law reform in Australia.

The low participation of females in Legal Conferences, Agendas, and Agreements have led to common gender sensitization. The patriarchal social, economic, and political law setup has deteriorated the governmental reform system. Where legal infrastructure comprises male dominating nature in medical and surgical abortions, we always come across male practitioners with fewer female practitioners. And most importantly, women are not aware of the consequences of abortion law reforms and their accountability. Women face problems in early abortions by having :

The laws enacted in the North Australian capital territory and South Australia prohibits sex-selective abortions. Still, it doesn’t highlight it as an issue for Australians in large numbers, and here doctors generally question the patients having abortions performed based on their community. After securing the law benefits, many factors still affect women’s lives. The administrative laws and regulations still control them. The benefit of decriminalization is still limited to a certain level of people residing in different parts of the territories of Australia. Access to abortions performed in Western Australia remains a problem for not securing safe access zones,

Varied situations come across the phases of abortions performed. The decriminalization of abortion law in West Australia to North Australia and South Australia gave the vision to idealize essential health services.

The question here arises in this context: still, a woman faces problems accessing primary health access in their safer zones, privacy-related issues, and- are forced to follow a system that is non-justified.

As the above-illustrated rules and regulations of abortion in South Australia and Queensland, a conclusion or bottom line can be drawn that abortion remains a crime.

Other significant steps that have already been initiated- in some jurisdictions are:

Overall, the abortion law reform has affected many Australian women out there. The decriminalization of laws from criminal to health law advocated many medical practitioners’ duties. It somehow reflected the medical outlook and access to resources for the unborn child in many ways.

The mental health and well-being of women got highlighted. It gave a fact of analyzing the barriers that Australian women encountered when the abortion laws were decriminalized and how medical institutions affect the mental health of individuals to gain a way to idealize their bodies and their choices regarding the performance of abortions. 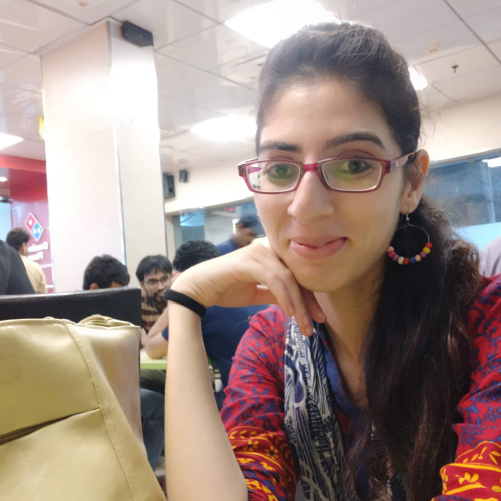 Best 21 Things to do in Blue Mountains