Oodgeroo Noonuccal was an artist and a political activist, born in the year 1920, on North Stradbroke Island in Queensland. At that time, the place was called Minjerribah. She was a strong advocate for Indigenous rights, and much of her literary work dealt with the themes of Indigenous dispossession, survival, and resistance.

As a young girl, Oodgeroo Noonuccal gained an awareness of the prevalent racial discrimination and the injustices faced by the Aboriginal and Black communities. She used politics and her poetry to protest against this, and attempt to remove these injustices.

She passed away due to cancer in 1993, aged 72 years, and was laid to rest in her birthplace, North Stradbroke Island. She left behind a powerful legacy in the form of her beliefs, her work, and her poetry.

1. Facts About Her Early Life

Oodgeroo Noonuccal was born as Kathleen Jean Mary Ruska. When she married Bruce Walker, a childhood friend, in 1943, she took his last name and became Kath Walker. She adopted the name Oodgeroo Noonuccal in 1987.

Kath Walker was born to Edward Ruska and his wife, Lucy. Edward belonged to the Noonuccal tribe, while Lucy was from inland Australia. At the time, Stradbroke island still retained heavy tribal influence, so she was raised by her dad to appreciate and learn her Aboriginal culture, and learned the traditional skills and ethics of the Aboriginal people.

Oodgeroo Noonuccal did her schooling at Dunwich State School. She was originally left-handed but was forced to change that at school. She left when she was 13, during the time of the Great Depression, and became a domestic servant.

Kath Walker married Bruce at the Methodist Church in Brisbane. The marriage did not last long, and they separated after approximately a decade. He had been an electric welder and a champion boxer. They had one son together, named Denis.

2. Facts About Her Career

While working as a domestic servant from the age of 13, Oodgeroo Noonuccal received less pay than the white servants. However, she knew that despite having received an education, an Aborigine would not get the opportunity for a better job.

In 1942, during World War II, Kath Walker joined the Australian Women’s Army Service. She did this for two reasons –

During this time, she first worked as a signaller and later was promoted to the position of lance corporal.

After separating from Bruce, Kath Walker had to raise Denis on her own. She did a stenography course and landed an office job, but she required more flexible hours to take care of her son, so she started working in households again.

Soon after that, Kath Walker started working for Sir Raphael and Lady Phyllis Cilento, both of whom were progressive medical practitioners. She had a second son, Vivian, with Raphael Junior, in 1953.

A documentary about Oodgeroo Noonuccal was made and released in 1977, by Frank Heimans, called Shadow Sister. She appeared in the film herself, for which she received an International Acting Award.

She also played a role in The Fringe Dwellers, a 1986 film by Bruce Beresford.

3. Facts About Her Politics

Kath Walker joined the Communist Party of Australia in the 1940s. At the time, it was the only political party that stood against racial discrimination and the White Australia Policy. She gained skills such as public speaking while working with them.

In the 1960s, Kath Walker emerged as a powerful voice for the Aboriginal Australian people and was deeply involved with political activism. She was chosen to serve as the Queensland State Secretary of the Federal Council for Aboriginal and Torres Strait Islander Advancement (FCAATSI). She was also a member of several other political organizations and fought for equal citizenship rights for the aboriginal people.

Kath was active in the campaign to include the Aboriginal people as citizens of Australia, which was put to the vote and brought about much-needed reform in the Australian Constitution, in the 1967 referendum. She supported Robert Menzies as the Prime Minister before this time and made him aware of the injustices faced by the Aboriginal people.

4. Facts About Her Writings and Poems

In 1964, Oodgeroo Noonuccal published her first poetry work, titled We Are Going. This was the first-ever publication by an Aboriginal poet and Aboriginal woman. Her work reflected her strong political beliefs and was dismissed by critics as protest writings, which was a great source of pride for Noonuccal. She viewed poetry as a natural extension of the story-telling and songwriting traditions of the Aboriginal people.

Her following poetry collection was The Dawn is At Hand. Along with her first work, the two were later consolidated with other poems and collectively titled My People: A Kath Walker Collection. She wrote autobiographical stories and other short traditional stories in her book Stradbroke Dreamtime.

She also published a collection of her artwork, titled Quandamooka: The Art of Kath Walker. Her other notable works include The Spirit of Australia, Towards a Global Village in the Southern Hemisphere, Australian Legends and Landscapes, and Australia’s Unwritten History: Some Legends of Our Land.

She also wrote several children’s stories such as Father Sky and Mother Earth, Stradbroke Dreamtime, and Little Fella. Another famous work, titled The Rainbow Serpent Theatre, was co-authored by her and her second son, Vivian. By this time, they had both changed their names, writing as Oodgeroo and Kabul Noonuccal. “Kabul” meant carpet snake.

5.1 The Meaning of Oodgeroo Noonuccal

Noonuccal had been made a Member of the Order of the British Empire (MBE) for community work in 1970. She accepted the honor at the time with the hope that it would draw attention to problems facing Aboriginal people. However, in 1987, she returned the medal to oppose the upcoming bicentennial celebration for the 200th anniversary of the British colonization of Australia.

At the same time, she officially changed her name to Oodgeroo Noonuccal. The word “Oodgeroo” refers to the paperbark tree and “Noonuccal” to her tribe. This tribe had been the original owners of Minjerribah and the surrounding land.

5.2 Moongalba – The Sitting Down Place

In 1971, OOdgeroo Noonuccal returned to her birthplace, North Stradbroke Island. There, she bought land and established a traditional shelter (a gunyah). She named this the Moongalba or the “sitting-down place”.

It was here that she set up the Noonuccal-Nughie Education and Cultural Centre. It was an educational facility, and she engaged with many students herself, teaching them about nature and the Aboriginal culture.

Her works were said to have been sold at a rank only second to C.J. Dennis, a best-selling Australian poet. She won several awards for her work including the Jessie Litchfield Award for Literature, a Fellowship of Australian Writers Award, and the Dame Mary Gilmore Medal.

Q.1 Who was Oodgeroo Noonuccal?

Ans. Oodgeroo Noonuccal, who was born Kathleen Jean Mary Ruska, on 3rd November 1920, was the first published Aboriginal Australian poet. She was also a political activist, an artist, an environmentalist, an educator, a voice for the aboriginal people.

Q.2 Why is she considered a famous activist and author?

Ans. Oodgeroo Noonuccal recognized the racial discrimination faced by the Aboriginal people from a very young age. She had been raised by her father to be proud of her tradition and culture, and this inculcated in her a need to fight for the human rights of her people.

Q.3 What was the purpose of her writings?

Ans. Oodgeroo Noonuccal’s writing was heavily influenced by her background. She believed that she could provide an Aboriginal perspective in the literary work by sharing the nuances of the aborigine people and culture in English.

Having been brought up in a way that taught her everything about the Noonuccal culture and traditions, Oodgeroo Noonuccal was a staunch environmentalist and taught others about living in balance with nature.

Although she was a controversial force at the time, Oodgeroo Noonuccal was strong, passionate, and deeply committed to her people. She changed the political scenario regarding the recognition granted to the Aboriginal people and became an internationally acclaimed poet as well.

You can read about other famous and influential Indigenous Australians here.

In Oodgeroo Noonuccal’s honor, the Aboriginal and Torres Strait Islander Support Unit at the Queensland University of Technology has renamed the Oodgeroo Unit in 2006. Her political campaigns and her literary work continue to be major sources of inspiration to this day. 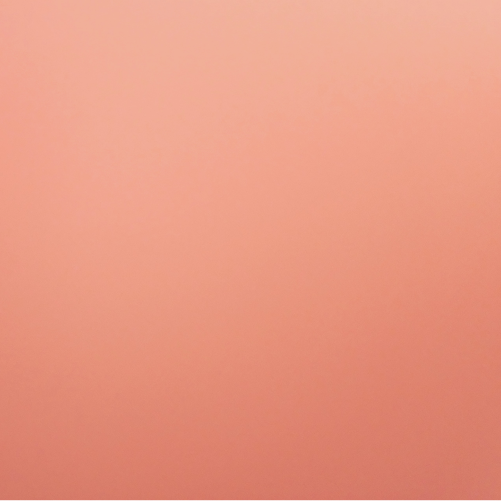