The Australia landscape is a continent comprises different types of environmental conditions with a collection of almost various landscape features worldwide. From the Blue Mountains to the World’s largest coastal landscape, Outback-dominated deserts to the Daintree tropical rainforest of the west to Enchanted Lakes and rivers.

Trip to the most ancient landscapes of the Australian continent. An interesting thing about this region is its spectacular Australian alps mountain ranges. The location near the Tropic of Cancer makes it drier, and cooler and effect wind from the south which is mainly an Outback-dominated, arid, or semi-arid region.

Visit vast grasslands, cliffs, and a range of mountains, and experience the beauty of the Last of Lands or the Last Frontier, which has been called the Oldest Continent. This is the home of unique flora and fauna respectively to their suitable Australian landscape.

The Desert Landscapes of Australia

This is the largest desert in Australia with about 348,750sq.km, situated in southern Australia (an arid wasteland). It mainly consists of expanding beautiful sand hills, with subtle Triodia grass and saltish salt marshes.

Stretched out from Western Australia to Southern Australia, most of the east domains are under the central and northwest Aboriginal reserves of the Australia landscape. Closely compact with stones on the surface called desert pavement and tacked with salt lakes.

Ayers rock is also known as Uluru, which are rock formations of magnificent sandstone domes with a mind-boggling height of 340 meters and an area length of 9.8 km. It enchants you at the end of the day followed by changing shades, colliding with mountain ranges, and telling you the aboriginal art and culture.

It is one of the prime destinations for visitors. The majestic art is depicted throughout the region. There are two exhibition galleries and well-structured directional sign board, so you can examine it independently.

It holds spiritual significance in central Australia, approx 260,000 square kilometres and 10,000 years old. Arrernte was the original inhabitant. This place was also known as Mparntwe.

Travellers mainly visit this place due to spiritual factors and a myth that gives you goosebumps. Dreaming is a concept that means ‘everywhere’, practised by Arrernte people.

The main attribute of the Gibson desert is the home of the most diverse wildlife and reptiles in the world.

It lies between the deserts, north of Great Sandy Desert and south of Great Victoria Desert, the Northern Territory border in the east and the Lake disappointment in the west.

Striped woma snake, the thorny devil, the great desert skink, the blue-tongued skink, etc. are a few famous reptiles along with some big animals like the red kangaroo, the ostrich-like Emu, and the long-eared bilby.

4. The Great Sandy Desert in Western or Canning Deserts

This desert is located between Australia’s northwest and centre. It is the second largest with approx. 145,000-155,000 sq miles diameter area. Additionally, with extraordinary elements, including a beach landscape that spans over 7-9 miles approx. up to the great Indian Ocean to the south of the Tropic of Capricorn.

Attraction of the Great Sandy Desert

Beautifully crafted by south hot winds, this magnificent monolithic structure forms the Ergs over some time. Covered by sand dust in about 26 to 31 miles area, its height of about 50 feet gives a majestic look. Destinations like this often give you an unsuitable hot climate but keep you amazed.

A 55000- ton asteroid, at a velocity of 10 miles/sec hit the surface of the Australia landscape 300000 years ago. It created a jaw-dropping with 1/5-mile diameter. A rainbow serpent appears from the ground and creates a massive crater. This is the belief of native aboriginals.

The mountain range is 2300 miles located parallel to the shore of Victoria, New South Wales, and Queensland with a magnificent altitude of 2000-3000 feet up to 5000 feet. It is situated between the dignified mountain ranges of Australia landscape.

It is also known as the Great Divided, Eastern Highlands, or Eastern Cordillera of Australia. Some of the beautiful principal rivers flow over this mountain range with upholding extraordinary scenarios of beautiful sunrise while clearing the fog.

The most distinct feature is the average snowfall and the temperature fall in winter (it is more than Switzerland). The sensational view of the mountain ranges takes your breath away, especially during hiking at night. The prideful dominated peaks could vary from 5000 to 7310 feet in altitude.

There is the beautiful national heritage of Australia landscape, 11 national parks, and reserves situated in the Australian alps.

The Blue Mountains appear blue when you stand from a particular point of view. You can view them from the vast area of dim Eucalyptus trees which ejects a violet vapour that creates a thick layer of ambience. It collides with sparkling sunrays, leaving an emerging blueish effect.

The Blue Mountains include extended escarpments, plateaus, and many other things to personify a vibrant beauty that nearly spanned over 3900 sq miles. In several well-known towns like Katoomba and Blackheath, beautiful highlands and mountain ranges are its unique identity.

Some of the most ancient rainforest can be found in the Australian landscapes preserved by UNESCO. The tropical rainforest spans the north, south, east, and western coast of the Australian continent and includes rich natural diversity. Below mentioned are some of them:

This is one of the oldest rainforests, located between Cairns and Cooktown in the north of Queensland area of the span of over 465 sq kilometer tall trees, ravishing waterfalls, and home of enchantingly 230 butterfly species. White sandy beaches with reefs are rare Australia landscape varieties of this rainforest.

This is a living 180 million years old, a subtropical assortment of 50+ parks and reserves of rainforest on the Earth. A trip to this country part will enchant you with its extraordinary landscape structure. Situated on the east side of Australia’s Great Escarpment. The Whole rainforest is covered by brilliant volcanic craters.

The Famous Rivers and Lakes of Australia

This is Australia’s 1,570 miles (approx. 2,600 km), the primary and lengthiest river that flows across the beautiful various Australia landscape from the Murray-Darling basin. The crystal-clear river makes its way through snowy mountains, plains, and wetlands up to the offshore of the continent.

It discharges on average of approx. 25 to 31 cubic feet of water per second. The river dries in three seasons and rises comparatively in southeastern, Mount Kosciuszko, New south Wales. At night like thunder, the river flows with pridefulness as a lifeline on Australia landscapes.

This river flow across the Daintree rainforest, at one side, are great green plains, and another side is covered by beautiful rainforest. This ancient forest is home to several prehistoric animals, and the main attraction is the sweet water alligator, with more than 145 fishes, and 30 mangrove species. Destinations like this are the places to be one with the tropical lifestyle.

The river is covered by high mountains and deep river valleys which are prone to sudden high floods. The fine-looking sea coral, natural vegetation, and age-old native wilderness take you back to the prehistoric era. It is situated in the middle of Port Douglas & Cape Tribunal. The length is approx. 86 m (139 km), and the size is approx. 813 sq m (2105 sq km)

3. The Lake Hillier near Middle Island

The Pink Lake Hillier encircled by a small canopy forest gives it a distinctive look. It is situated near the far shore of the Middle Island to the south, the western shore of Australia landscape. Off course this is not the only lake in the world, there are several others around the world.

Why the colour of Lake Hillier is Pink?

Visitors always seem worried about the colour and surprised to hear that it is safe for swimming. But why? A species of microalgae called Dunaliella Salina is responsible for the occurrence of this shining pink colour in this lake. An incredible pink spot in the centre of a dazzling blue ocean covered by a warm white sand beach, a sight of admiring its beauty.

This lake is located in the enormous mouth of volcano Maar near Mount Gambier. The most recent eruption records were established 6000 years ago. With an unimaginable depth of 72 m (236 ft) or up to 75 m (246 ft), dangerous yet exciting give you shivering to the spine.

Why did this Lake Change Colour?

It runs from sharp blue (December to March) to dull grey (April to October) due to the alleged decomposition of calcium carbonate, responsible for shattering the blue wavelength into the water and get more popped up due to a mixture of ochre and rust tints from walls of rock. A mystical colour-changing lake in Australia landscape in South Australia.

1. The Great Barrier Reef of Queensland in Australia

This northeast coast is about 133000 sq. km, one of the biggest and busiest mountains of distinct wildlife on Earth. It is one of the top destinations in the world and Australia’s central source of attraction among others.

The Great Barrier reef is home to 30 whales, dolphins, porpoises, 6 sea turtles, 215 birds, and 1500+ fish species. The mind-blowing fact is that the shore is the largest structure, made up naturally by living organisms.

This coast is beautifully incorporated by coral reefs, shoals, and islets on the northeastern coast of Australia landscape. The astonishing views of beautifully crafted coral structures will amaze you. A trip to this coral island is something you will never forget.

This is the largest War memorial in the world, a national heritage that makes it historical and stunning with a length of 150 miles (240 km) prideful sensational road, dedicated to returning soldiers from 1919 and 1932 Worl War I.

This magnificent road moves along the coast of the Southern Ocean and embraces the beautiful sunset cliffs of the seaside of the Australian continent. Stretched along with southeastern shore between the Victorian cities of Torquay and Allansford.

3. The Twelve Apostles of Victoria in Australia

Twelve Apostles are the results of the formation of soft limestone stacks. It is located on the south coast of the country near Melbourne, the second distinguishing the green continent symbol after Sydney’s Opera house among the Australia landscape. The Twelve Apostles are a collection of dignified twelve stacks in the coastal region.

In this area, some astonishing features are included bright cliffs, gorgeous arches, harbours, grottos, and bays. Archway island will be the best example of the magnificence of arches in the national park in Australia. These landscapes hold a surplus portion of fauna in the rainforest which is left to explore an appreciating moment to admire wildlife beauty.

This island is situated in the southern part of the Australian continent near the south of Victoria about 150 miles (240 km). It constitutes the southern wing of the Great Dividing Range and is also the smallest state in the country.

Tasmania Island is called a mountainous island because of its most spectacular features including mountain ranges, a beautiful lake, and the best part of its heartwarming coastal views. Also, this unique separated Australia landscape has its reserves and national park to give a boost to your curiosity.

The most significant and unique element of this destination is the refreshing geographical features. The areas are glaciated and have stunning views of the Central Plateau of lake studded. The drowned southeast seaside is the best part due to the postglacial dip of the Australia landscape.

Take a break at the cliff or continue your journey to the unknown Australia landscape, drive through the magnificent views of the arc road or explore the ancient world of rainforests, visit most enchanted lakes even in a crater or camp under the starry sky among the dignify mountain ranges. It is totally up to you. 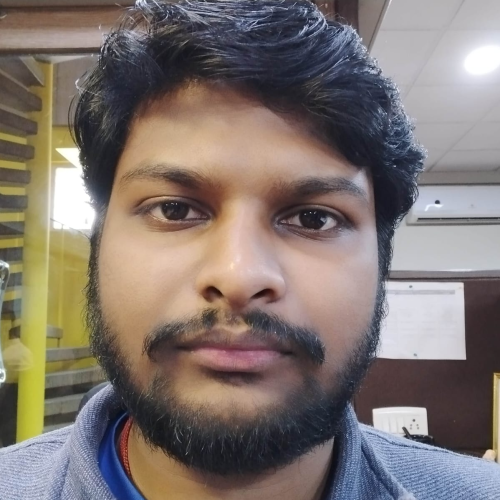